Gospel According to St. John

This gospel is attributed to St. John, Zebedee’s youngest son.  He is the one depicted leaning on Jesus’ shoulder at the Last Supper.  He is known as the beloved disciple to whom Jesus entrusted the Blessed Mother at the foot of the cross.

St. John’s gospel is different than the other 3 called that are called the synoptic gospels (Matthew, Mark, and Luke).  This gospel was written for the Jewish people who had become new converts to Christianity.

St John writes in detail about the life, passion, death, and resurrection of Jesus and thereafter.

St. John stresses the love of God and one of the most quoted passages from the bible is found in his version of the Gospel.  “For God so loved the world that he gave his only Son so that everyone who believes in him may not perish but may have eternal life” (John 3:16).

It is only in St. John’s Gospel that we find the beautiful stories of the Wedding at Cana, the Bread of Life discourse, the raising of Lazarus, the Samaritan woman, the washing of the feet of the disciples by Jesus after the Last Supper.

St. John, this beloved disciple is also credited with having written the First, Second, and Third Letters of John and the Book of Revelation. 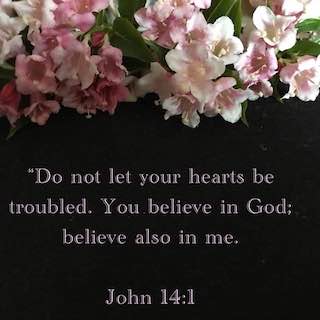